Debunking Corner: The Dispersal of Darwin: Falling or Failing?

From The Dispersal of Darwin:

I’ve noticed in my Google Reader recently the following ads: 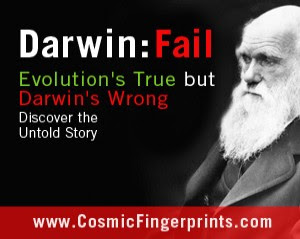 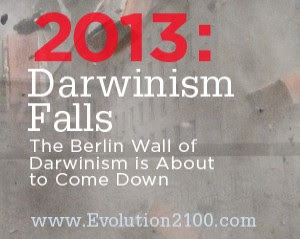 The urls lead here and here. Here’s a sample:

Evolution really did happen, living things really do have a common ancestor, and the earth really is 4.5 billion years old.

But the way evolution really works has little in common with Darwin’s theory. Darwinism is in deep trouble and it’s too late save it.

It’s no different than the Berlin Wall in 1986, Enron in 2000 or the US financial markets 3 years ago: It’s a bubble propped up by academic theorists, atheist zealots, politics and shell games – not hard science.

All that needs to happen is for the right 3-5 scientists to step forward and expose the evolution industry for what it is…. and it’s not a question of “IF”, it’s only a question of WHEN. Darwinism has about 2-5 years left. And when the !@#$ hits the, fan it’s it’s gonna be quite a spectacle.

But that’s not the important part! The real crime is that the “evolutionists” never bothered to tell you how evolution REALLY works. The evolutionary process is neither random nor accident. It’s purposeful, it’s pre-programmed, it’s so ingenious and elegant it takes your breath away.

Todd Wood writes on his blog following the Evolution 2010 meeting in Portland:

Then I came home, and I noticed an outrageous banner ad at a creationist blog proclaiming: “2013: Darwinism Falls.” Ugh. I understand that there are people who think (mistakenly) that there’s a big crisis in evolutionary biology and it’s going to collapse, but I’ve never encountered anyone arrogant enough to set a date. So I clicked on the ad, and it was pretty sad. It’s some site run by an engineer. What is it with engineers? Why is it the most arrogant and vitriolic antievolutionists are engineers? I don’t know, but here’s a prediction for you, Mr. 2013-Darwin-Falls: It ain’t gonna happen. I was just there at Evolution 2010 (unlike you), and I’ve been to many of their past conferences (also unlike you). They’re doing fine. They’re plugging right along. There’s lots of excitement. Lots of research funding. Thousands of researchers. They’re not going anywhere. So unless Jesus Christ returns bodily to rule the earth in the next three years, 2013 will see evolutionary biology continuing to enjoy the same cultural power they have now.